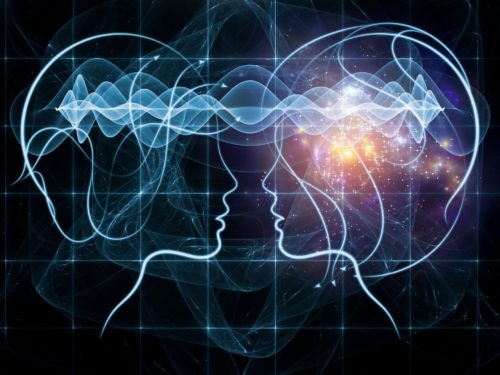 Stay away from these 10 phrases and make emotions work for you, instead of against you.

Emotional intelligence is the ability to identify, understand, and manage emotions. Since this quality helps you to balance emotions with rational thought, it can greatly increase your ability to make good decisions and to build deep, quality relationships.

But people ask me all the time: What does emotional intelligence look like in real life?

I spent two years trying to answer that question, while researching and writing my book, EQ Applied: The Real-World Guide to Emotional Intelligence. In doing so, I encountered a number of phrases that emotionally intelligent people avoid.

See how many of these you can stay away from in your everyday life:

This one is so hard to resist: You warned a person against a certain course of action. They ignored you, and now they’re suffering the consequences.

But what good will it do to remind them of that now?

The next time this happens, just let them know you’re sorry things didn’t work out–and that you’re here for them. This will impact them greatly, and they’ll be more willing to listen in the future.

You’ve got a lot on your plate. The last thing you need is to deal with someone else’s whining about some insignificant problem.

Remember, it’s only a matter of time before you’ll need the same from them.

Isn’t it sad that when things go wrong, the default reaction of many isn’t to address the problem?

When everyone plays the blame game, nobody wins. So, when someone makes a mistake, don’t concentrate on who’s at fault. Instead, focus on went wrong–and how to fix it for next time.

Yes, you’re busy. No, you can’t help everyone, all of the time.

But think of your favorite boss, colleague, or teacher. Likely, part of what made you such a fan was their willingness to provide help when you needed it. Their readiness to get down in the trenches, right beside you.

Emotionally intelligent people help whenever and however they can.

“Because I said so.”

A title or position may make someone a boss, but it doesn’t make them a leader.

Instead of hurling orders or asserting authority, you should strive to inspire and influence others. You do that by leading with actions and personal example.

Nowadays, people break on commitments to everything–from plans for the weekend to handshake deals.

There are plenty of reasons why people bail. But emotionally intelligent people try their best to only make commitments they can follow through on. And because their word is their bond, they follow through–even when doing so isn’t convenient.

It’s not that emotionally intelligent people never say yes–it’s just that they’re much more careful about it. They realize that there are only 24 hours in a day. Seven days in a week. Fifty-two weeks in a year.

They make the tough choices, because they know it’s all about focus.

After all, every time you say yes to something you don’t really want, you’re saying no to the things you do.

“I love to be micromanaged,” said no one, ever.

That’s why emotionally intelligent leaders give people the freedom they crave: freedom to explore ideas and to find their way.

And rather than take over every job at the first sign of trouble, they take advantage of problems as teaching moments, coaching and guiding others to success. By doing so, they help others to become the best versions of themselves.

A few years ago, Google embarked on a research project to discover what made effective teams successful. They found that the most important factor was something called “psychological safety.”

Google describes it this way:

“In a team with high psychological safety, teammates feel safe to take risks around their team members. They feel confident that no one on the team will embarrass or punish anyone else for admitting a mistake, asking a question, or offering a new idea.”

Emotionally intelligent people don’t take subtle digs at others, or use passive-aggressive comments to express displeasure.

Instead, they speak their mind and keep it real–making sure to do so respectfully.

And when they give in to a decision they don’t completely agree with, they don’t secretly undermine or sabotage that decision. Instead, they disagree and commit. In other words, they put their personal feelings aside, give enthusiastic support, and go all in by trying their best to make the decision a success.

Emotionally intelligent people aren’t perfect; they make mistakes like everyone else. But by trying to avoid phrases like these, they make more reasonable, balanced decisions.

And in doing so, they make emotions work for them, instead of against them.