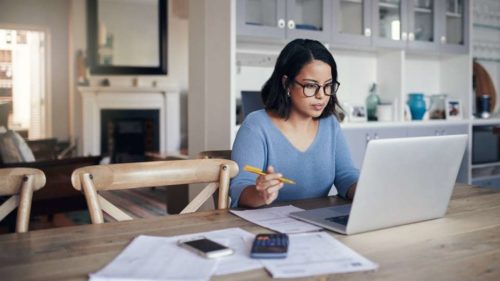 If many or all of your employees have been working remotely, you’re probably concerned about the loss of actual face time. Not just in terms of leadership, but in those formal and (theoretically all-important) casual interactions and collaborations and ad hoc problem-solving moments among team members.

(You know, like when Marcy runs into Mark in the hallway, he shares his struggles with a project, and her “outsider” perspective provides the aha! breakthrough Mark desperately needs.)

For one thing, meetings are definitely overrated. One 2012 Virginia Tech study found that meetings make people dumber: When people were placed in small groups and asked to solve problems, their individual IQs dropped by an average of 15 percent.

The problem? The feedback, even if only implicit, that meetings are intended to enhance.

And people whose contributions have been criticized, however gently, experience a temporary decrease in IQ. (Which then causes that person to feel “junior,” and that their contributions are less valued, making it even less likely they’ll contribute meaningfully the next time.)

Especially where solving problems is concerned.

A 2015 Boston College study explored the value of connectivity and information flow in large teams. Fifty-one teams of 16 people each were given the same task: to discover and piece together clues that would help predict a fictional terrorist attack.

As you would expect, the “mass communication” teams did better at gathering and sharing clues, and as a result all had access to the same “data.”

But then things fell apart. Instead of struggling to agree on a common theory of how the attack would take place–you would assume more people naturally means more opinions–the opposite happened: Those teams quickly settled on one (usually incorrect) theory.

Because members of the less-connected teams couldn’t collaborate as easily, they were less likely to reach a quick consensus. They had time to think. To create their own theories. To brainstorm on their own. To kick around and refine ideas with one or two people before presenting them to the entire group.

Or in non-researcher-speak, brainstorming and initial problem-solving is much more effective when people first come up with ideas by themselves, or with one or two others.

That will lead to greater diversity in ideas, better analysis of the pros and cons of those ideas, and much greater odds of the larger group eventually identifying the best idea.

How to Make Your Remote Teams More Effective

Just be thoughtful about how you make those things happen.

Then your meetings will be more productive.

And so will your employees. Engagement and responsibility aren’t created by constant connectivity. Ownership starts with a feeling of control, independence, and authority.

People care the most when they feel trusted to make things happen.

And when they have the time — the uninterrupted time — to make things happen.