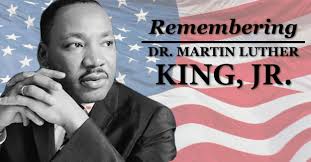 Martin Luther King, Jr. was a Baptist minister and civil rights activist who played a key role in the American civil rights movement from the mid-1950s until his assassination in 1968. He is best known for his role in the advancement of civil rights using nonviolent civil disobedience based on his Christian beliefs.

King’s efforts and leadership were instrumental in ending the legal segregation of African American citizens in the South and other areas of the nation, as well as the creation of the Civil Rights Act of 1964 and the Voting Rights Act of 1965. King’s speeches and writings have been widely read and quoted, most notably his “I Have a Dream” speech delivered on the steps of the Lincoln Memorial in Washington D.C. in 1963.

One of the most remarkable aspects of King’s legacy is the fact that he was able to achieve so much in such a short period of time. He was only 39 years old when he was assassinated, yet he had already accomplished more than most people could hope to achieve in a lifetime.

King’s philosophy of nonviolence and civil disobedience was deeply influenced by the teachings of Mahatma Gandhi, who had led India to independence through a similar philosophy of nonviolence. King’s strategy of nonviolent protest was a major factor in the success of the Civil Rights Movement, as it helped to build support among whites and other minorities and to change the hearts and minds of many Americans.

King’s legacy continues to inspire people today, as his message of love, justice, and equality is just as relevant today as it was during the Civil Rights Movement. His birthday, January 15th, is observed as a national holiday in the United States, and he is remembered as a hero who fought for the rights and dignity of all people.

Martin Luther King Jr. was a transformative figure who changed the course of history in America through peaceful means, his message of equality and nonviolence continues to inspire people today and will for generations to come. His legacy will always be remembered as a beacon of hope for a better future for all.